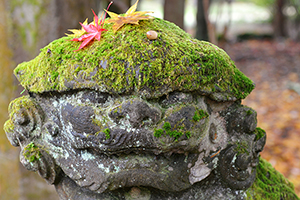 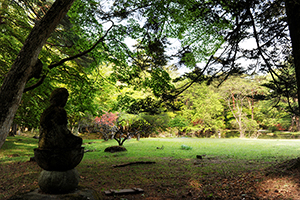 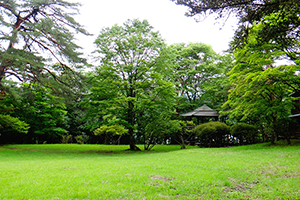 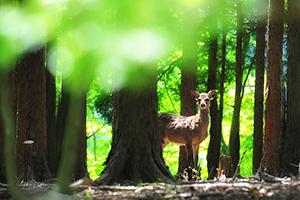 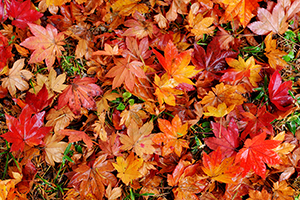 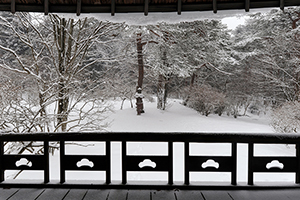 MATSUYASHIKI is a private villa and garden in Nikko, Tochigi Prefecture, about less than 2 hours by train from Tokyo. Conveniently located near the World Heritage sites Toshogu Shrine, Futarasan Shrine and Rinnoji Temple, Matsuyashiki offers access to the best of tourist destinations in Nikko, as well as, the seclusion of a private garden.
MATSUYASHIKI provides magnificent landscapes and quiet surroundings. You can find plum blossoms, cherry blossoms, azaleas in spring, fresh greens in the early summer and deep greens in late summer. The best and the most beautiful season of MATSUYASHIKI arrives in autumn when the maples turn red throughout the garden.
In any season, you will always enjoy the twittering of birds, gentle breezes, sounds of flowing waterfalls into the pond, and occasionally, some wild deer playing about.
MATSUYASHIKI has been preserved as a private property for more than 100 years.
Since April 2016, only the garden area is open to public for a limited date. 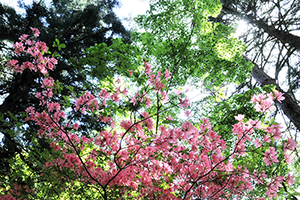 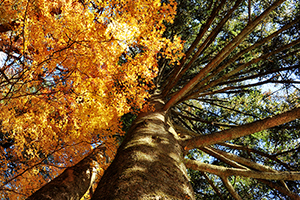 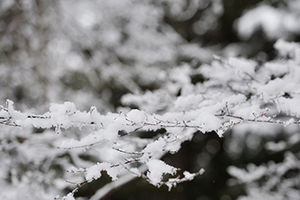 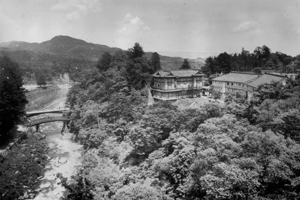 This property, about 33,000 square meters, is called “MATSUYASHIKI.”
MATSU means pine tree in Japanese. With more than 150 Japanese red pine trees on the premises, this is the reason why this property is called MATSUYASHIKI. (YASHIKI means residence.)
The story begins from the very beginning of Meiji era (1873).
Nikko had been appreciated by foreigners as resort due to its beautiful natural environment and historical heritage. Zen-ichiro Kanaya, a member of Gagaku (old Japanese court music) orchestra of Toshogu Shrine at that time, volunteered his private house as an accommodation for foreigners visiting Nikko.
Dr. James C. Hepburn, American physician and Christian missionary to Japan, who stayed several times at Kanaya’s house, recommended Zen-ichiro open a hotel for foreigners. This is the beginning of Kanaya Hotel. This lodge was called “Kanaya Cottage Inn” which is now open to public as “Kanaya History Museum” where it was.
In 1893, Zen-ichiro opened “Nikko Kanaya Hotel”, expanded to 2stories 30rooms building, where it is now. Kanaya Hotel has been in operation ever since.
Kanaya Hotel’s management passed from Zen-ichiro to his eldest son Shin-ichi.
The second son, Shozo Yamaguchi, became a director of the Fujiya Hotel in Hakone as son in law of the founder. Zen-ichiro’s eldest daughter Tama also managed Kinugawa Onsen Hotel (Nikko-Kinugawa area) with her husband Masanari. There is no doubt that hotel business is a vocation of Kanaya Family. 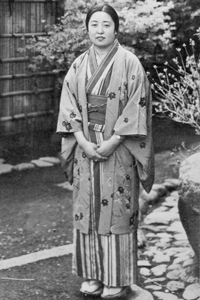 Shin-ichi Kanaya, 2nd representative director of Kanaya Hotel, had 2 daughters.
The eldest daughter Hanako was married with Masao (Kanaya) who became 3rd representative director of the Hotel later. However, Shin-ichi was always concerned about his second daughter Yukiko whose health was delicate. Shin-ichi and his younger brother Shozo Yamaguchi owned a property at Hangakimen not far from the Hotel. Shin-ichi moved an old Japanese house onto the Hangakimen property and made it Yukiko’s rest home. This is MATSUYASHIKI.
While MATSUYASHIKI is not far from Kanaya Hotel, the climate and natural environment aided a dramatic recovery of Yukiko’s health. She even started engaging with a dairy business and producing fresh milk and butter for a while using the Kanaya brand.
Yukiko passed away at the age of 60. 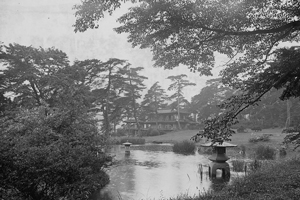 After Yukiko Kanaya, the property went vacant for a long time.
To refresh and maintain this beautiful landscape and natural environment, current owner of MATSUYASHIKI (grand-daughter of Shozo Yamaguchi) started maintenance and reinvigoration of the garden, repair of the pond and its source water stream. By these works the garden was recovered little by little and became fresh. Finally, in November 2015, the house (villa) has been remodeled to maintain its historic appearance. 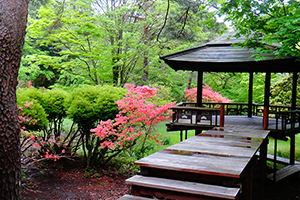 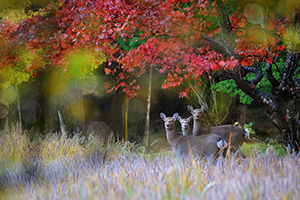 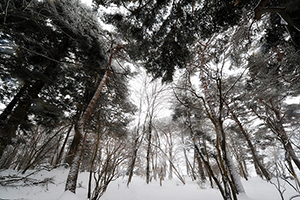 This private hydroelectric power plant was in operation between 1909 - 1950.
Generator was from Siemens AG in Germany.
Electricity was supplied for Kanaya Hotel. 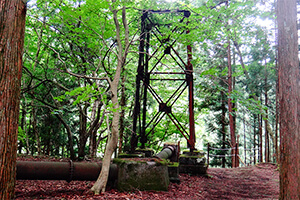 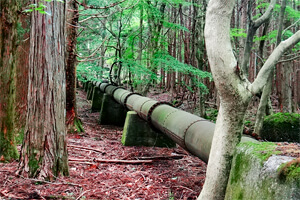 About the bronze statue of Shōzo YAMAGUCHI

Shōzo YAMAGUCHI (1882-1944) was born in Nikko as a second son of Zen-ichiro KANAYA, the founder of Nikko Kanaya Hotel.
In later, he became President of Fujiya Hotel in Hakone as a son-in-law of the founder Sen-nosuke YAMAGUCHI.
The property of Matsuyashiki Garden was co-owned by Shōzo and his elder brother Shin-ichi KANAYA, the second President of Kanaya Hotel.
This statue was relocated from Tokyo in 2019 beside the parking lot.

Days and hours open to the public on 2021

Rules in the Garden

Information will be noticed on this site. 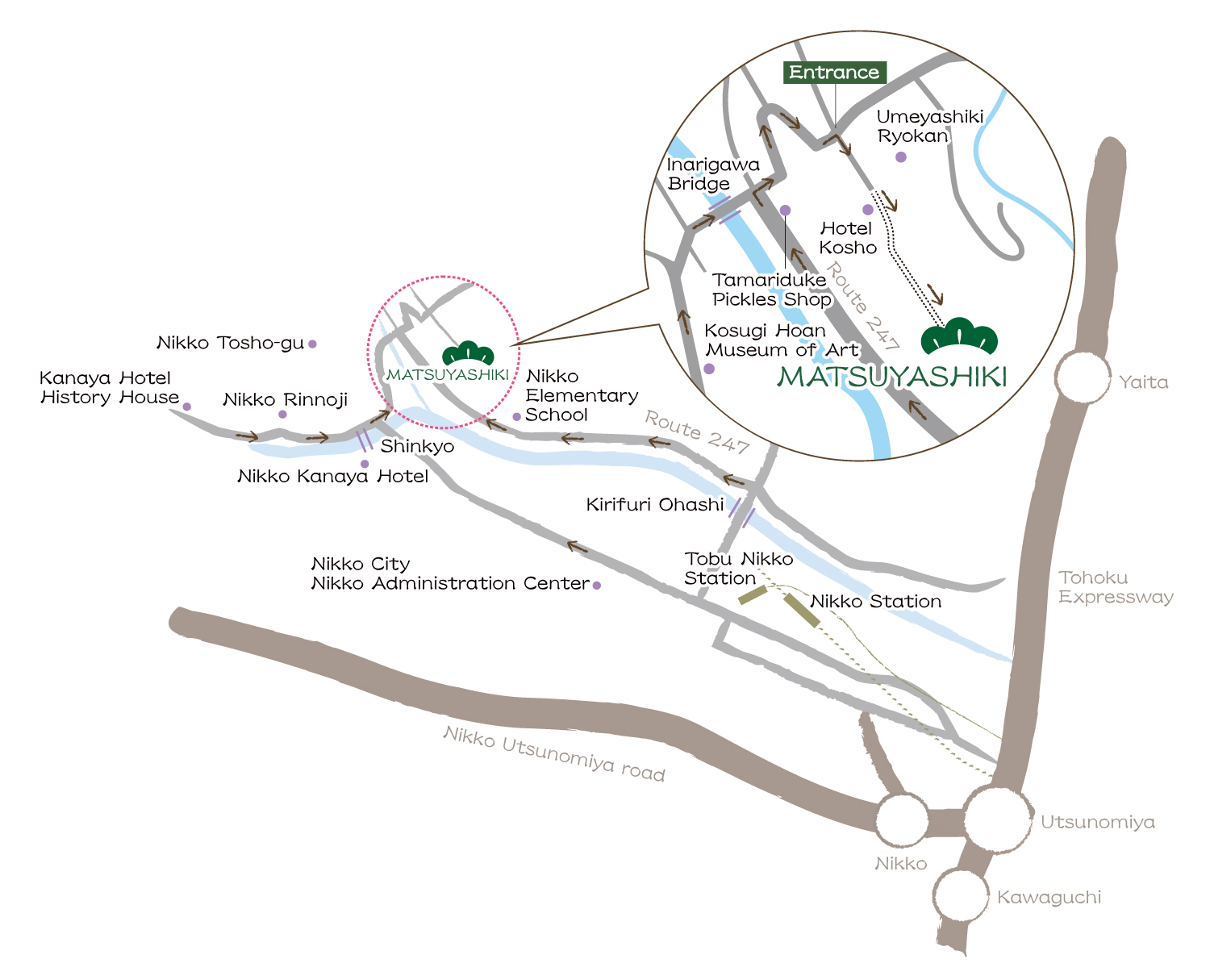 Enter the passage to Umeyashiki Ryokan, go straight about 150m to the end.

Please refer to the detailed map below: 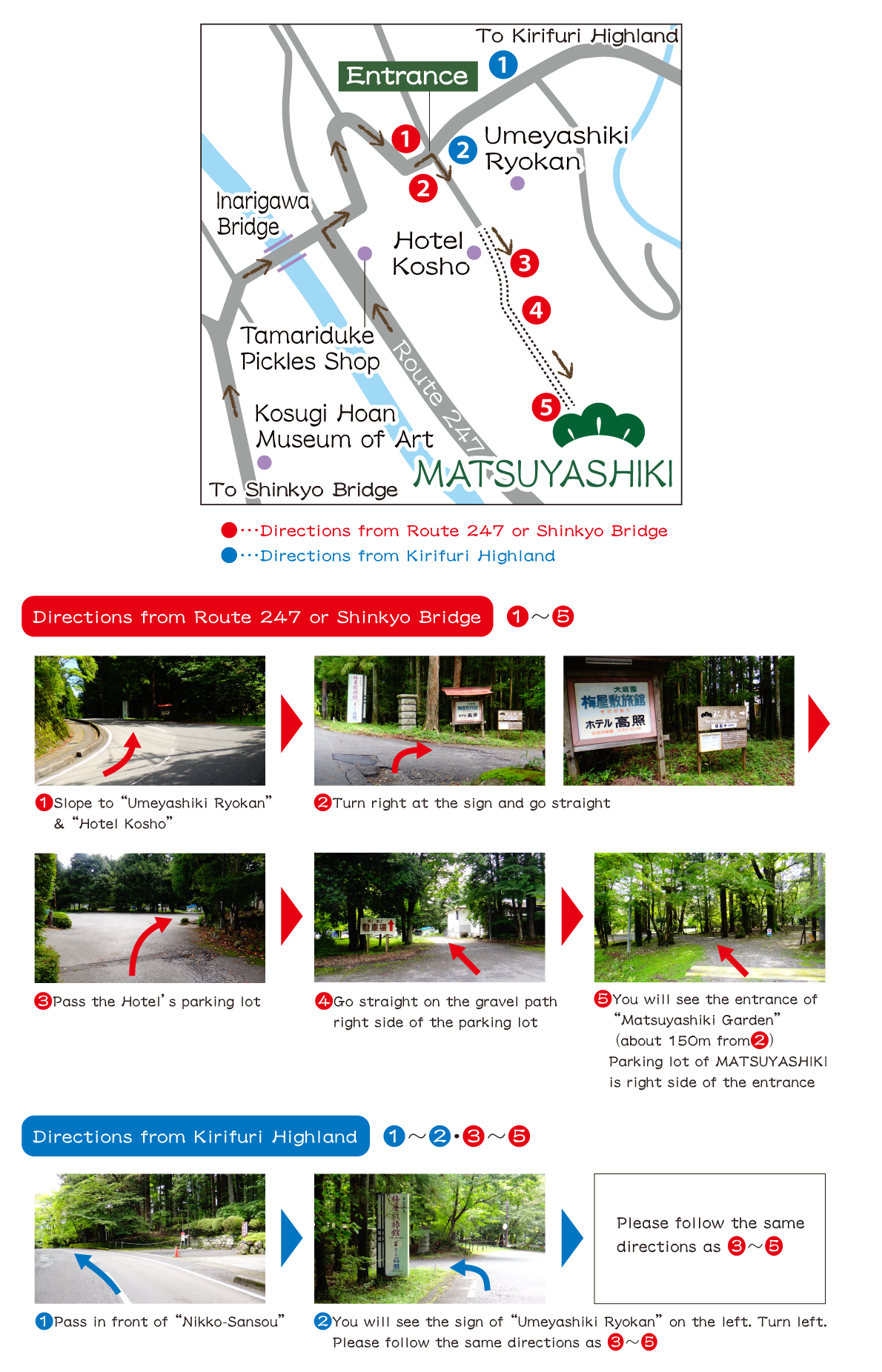 ●From Tobu Nikko Station or JR Nikko Station
♦By Taxi : About 5 min. Tell the driver to go to "MATSUYASHIKI" or "UMEYASHIKI RYOKAN" at HANGAKIMEN.
♦By Bus :Take the Tobu Bus bound for Chuzenji, Yumoto.
Get off "Shinkyo". Walk about 15 min.

●By Car :About 2.5km from the Nikko Interchange on the Nikko-Utsunomiya Toll Road

Parking
Spaces limited. (4 - 5 cars) Only available during the visit to MATAUYASHIKI.
Parking spaces of Umeyashiki Ryokan or Hotel Kôsho are not available.